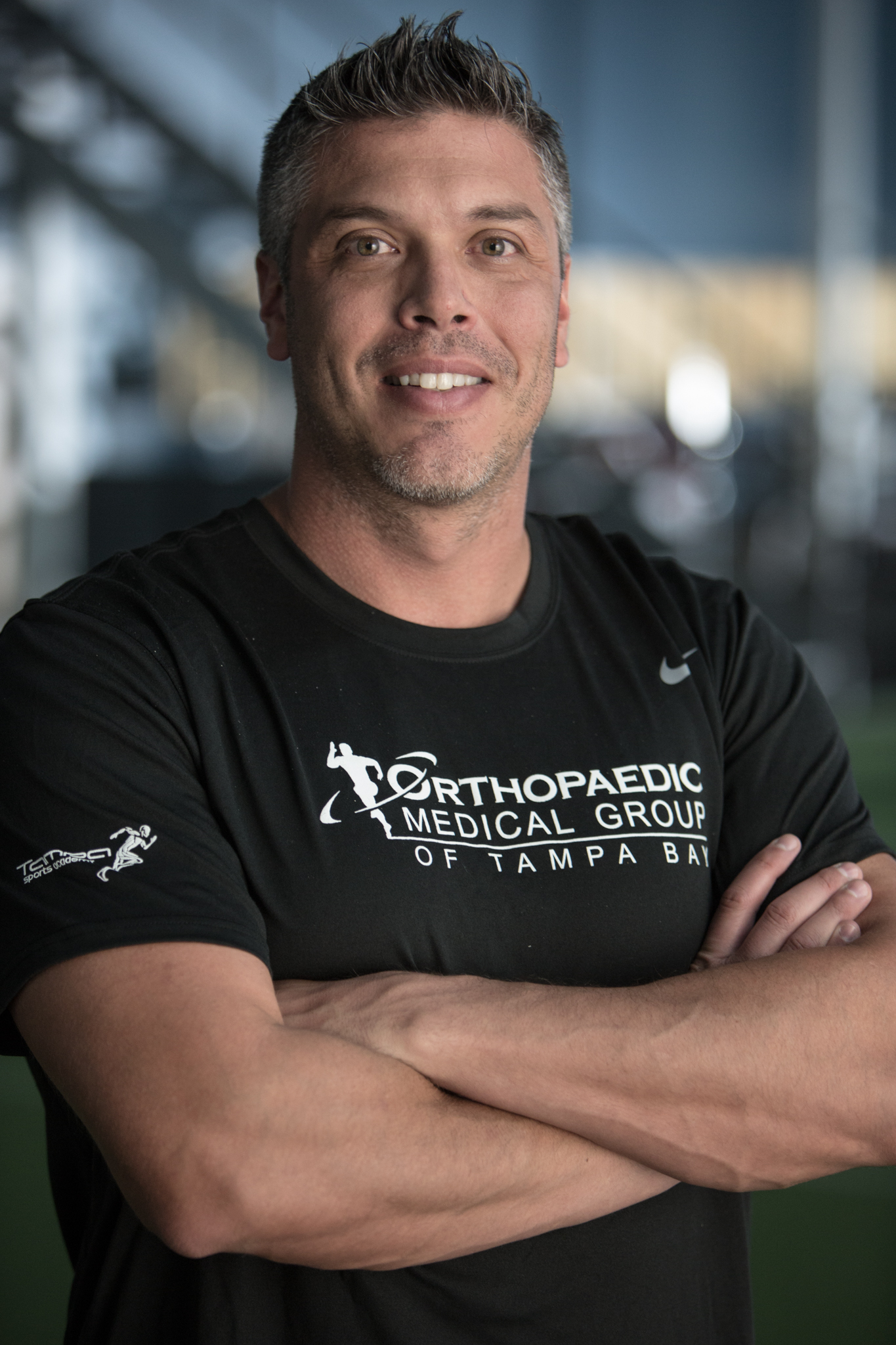 Dr. Jeff Watson is an orthopaedic surgeon and co-owner of the Tampa Sports Academy. He attended the United States Air Force Academy where he was the top graduate from his squadron and graduated with military distinction. While at the Academy he held the top squadron leadership position each year, and completed his tenure as the commander in charge of more than 100 cadets. Dr. Watson also took advantage of numerous athletic opportunities. In addition to playing 2 years of intercollegiate basketball he was one of only seven cadets in his class to obtain maximum scores on strength and endurance fitness tests. He also took a particular interest in outdoor tactical training and was awarded the Outstanding Instructor for the Air Force Survival, Evasion, Resistance, and Escape (SERE) course.

Upon completion of his undergraduate degree, Dr. Watson served 6 years as an officer in the US Air Force. During this time he was awarded the Space Coast Company Grade Officer of the year as top officer for Patrick Air Force Base and Cape Canaveral Florida. Following this tour in Florida, he completed a Master of Science degree in Biochemistry from the University of Illinois, Urbana-Champaign. He then returned to Colorado Springs as an instructor in the Department of Chemistry at the US Air Force Academy. While an instructor, the Air Force selected Dr. Watson for a scholarship to attend medical school at Georgetown University in Washington, DC. His academic success at Georgetown allowed him to be selected for training in orthopaedic surgery at the University of Maryland/Shock Trauma. There he was awarded the top teaching resident by the Journal of Orthopaedic Trauma and served as the Academic Chief Resident in his final year. He was also highly active in research, publishing numerous papers and presenting his work at national and international meetings.

Upon completion of surgical training, Dr. Jeff Watson was assigned to MacDill Air Force Base in Tampa, FL. He quickly advanced to the top ranking military officer in his department and served as the Chief of Orthopaedics. While in Tampa he also became Board Certified in Orthopaedic Surgery and is now a Diplomate of the Board. Dr. Watson separated from the Air Force in July 2014 and currently practices at the Orthopaedic Medical Group (OMG) of Tampa Bay.

Dr. Watson’s focus is on sports medicine and athletic related injuries in both youth and adult patients. He has extensive experience with sports team coverage, including the University of Maryland Terrapins and Bowie State Bulldogs. He has also covered high school football, pre-participation physicals, and youth athletics. More recently he has cared for injuries sustained by our elite special operations forces and the US military, youth, collegiate and professional athletes.

Dr. Watson’s goal is to serve the Tampa community and military by helping patients return to activity. He co-founded the Tampa Sports Academy to integrate all the services necessary for elite performance and recovery. 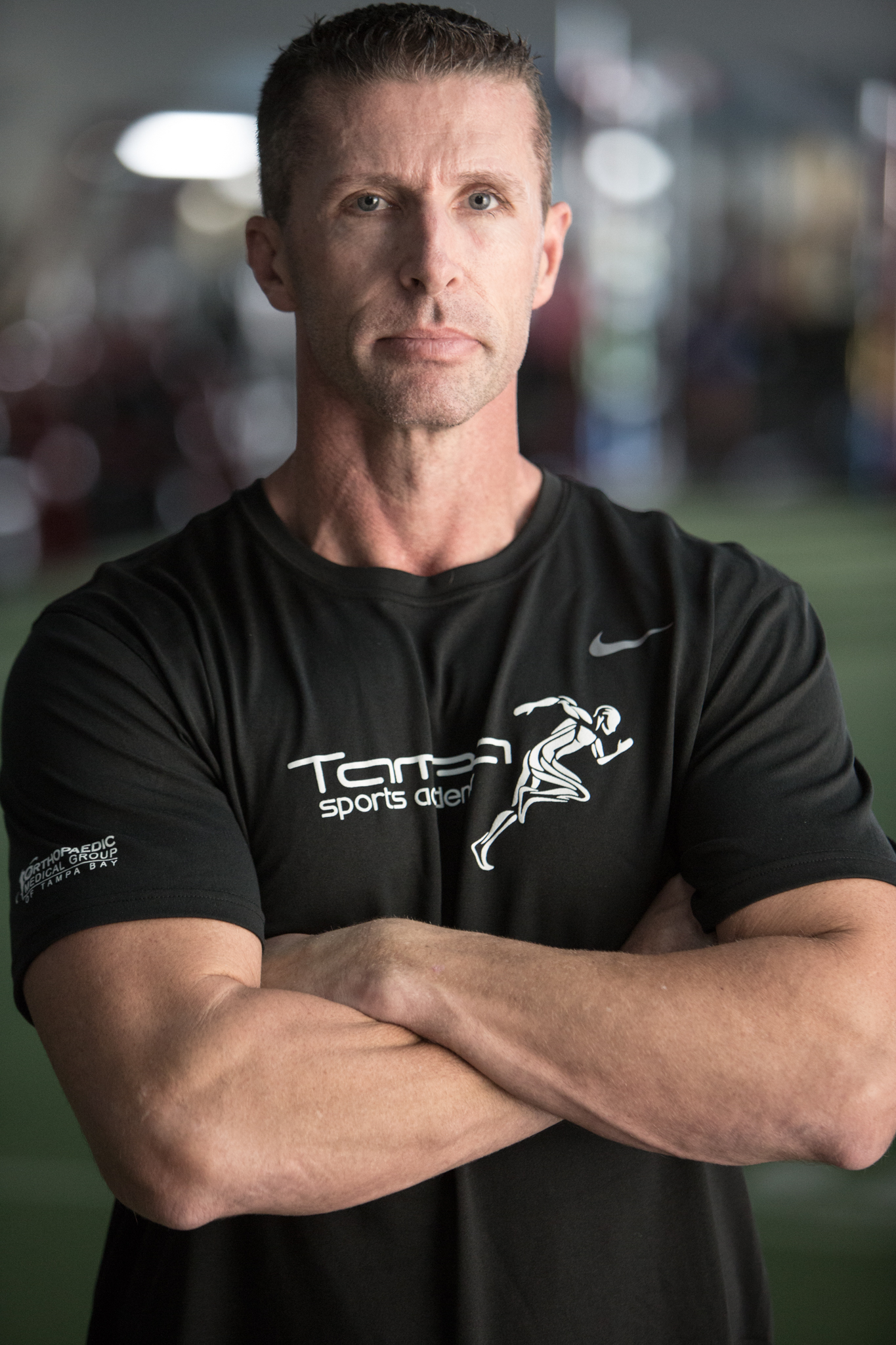 Steve Harrison is a certified strength and conditioning coach with 10 years experience working with athletes, general population, and tactical personnel. During this time Steve has trained, European, National & State Champions in multiple sports.

In addition to operating successful businesses in the UK and USA Steve has mentored numerous trainers/coaches to help them succeed in the performance training business. He firmly believes in helping those willing to help themselves, there is no substitute for hard work, commitment, and consistency.

Steve has an impressive, yet unique athletic background, like most Englishmen he grew up playing soccer and rugby. In his late teens, he became enamored with US football and was fortunate enough to receive a scholarship to play prep school football in Hamden, CT. After graduation, Steve became one of the first European athletes to receive a scholarship to play collegiate football, following his college career he went on to be part of the NFL Europe International Player Development Program. Steve has played and coached on a National Championship team and represented his country playing on a European Championship team. Additionally, Steve has played professionally in various European Leagues.

Since relocating to Tampa in 2005, Steve has volunteered his services to the H.B. Plant Football program in a football coaching and strength and conditioning capacity. Steve takes great pride in helping athletes fulfill their potential and feels fortunate to be a small factor in Plant’s State Championship successes.

Steve’s goal is to serve the Tampa community and military by helping athletes achieve optimal performance albeit on the playing field or battlefield. He co-founded the Tampa Sports Academy to integrate all the services necessary for elite performance and recovery. 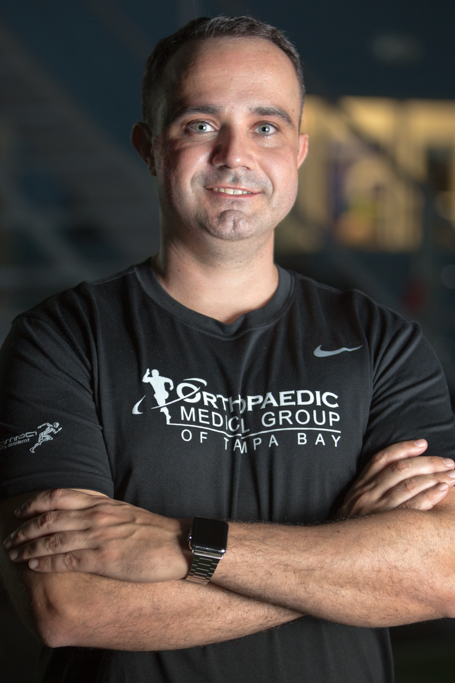 After medical school, Dr. Becker continued his training as a resident in the Department of Orthopaedic Surgery at the University of Maryland Medical Center and R Adams Cowley Shock Trauma Center. During his residency, he was active in orthopaedic research in subjects including basic science, spine surgery, trauma, and sports medicine. He has had multiple publications in the orthopaedic literature and has presented his research at various national and international orthopaedic meetings. During his final year of residency, Dr. Becker was selected by the faculty at University of Maryland to act as academic chief resident. He had the opportunity during his residency to work with many local high school and college teams including the University of Maryland Terrapins.

After completion of his residency, Dr. Edward Becker elected to further his training in Sports Medicine and was selected to do a fellowship at the world renowned Kerlan Jobe Orthopaedic Clinic in Los Angeles, California, under fellowship director Neal ElAttrache. During this time he received advanced training in sports medicine surgery and arthroscopy and had the opportunity to work with colleges and professional teams including the world champion Los Angeles Kings, Los Angeles Lakers, Los Angeles Dodgers, Los Angeles Sparks, Anaheim Angels, Anaheim Ducks, and USC Trojans. 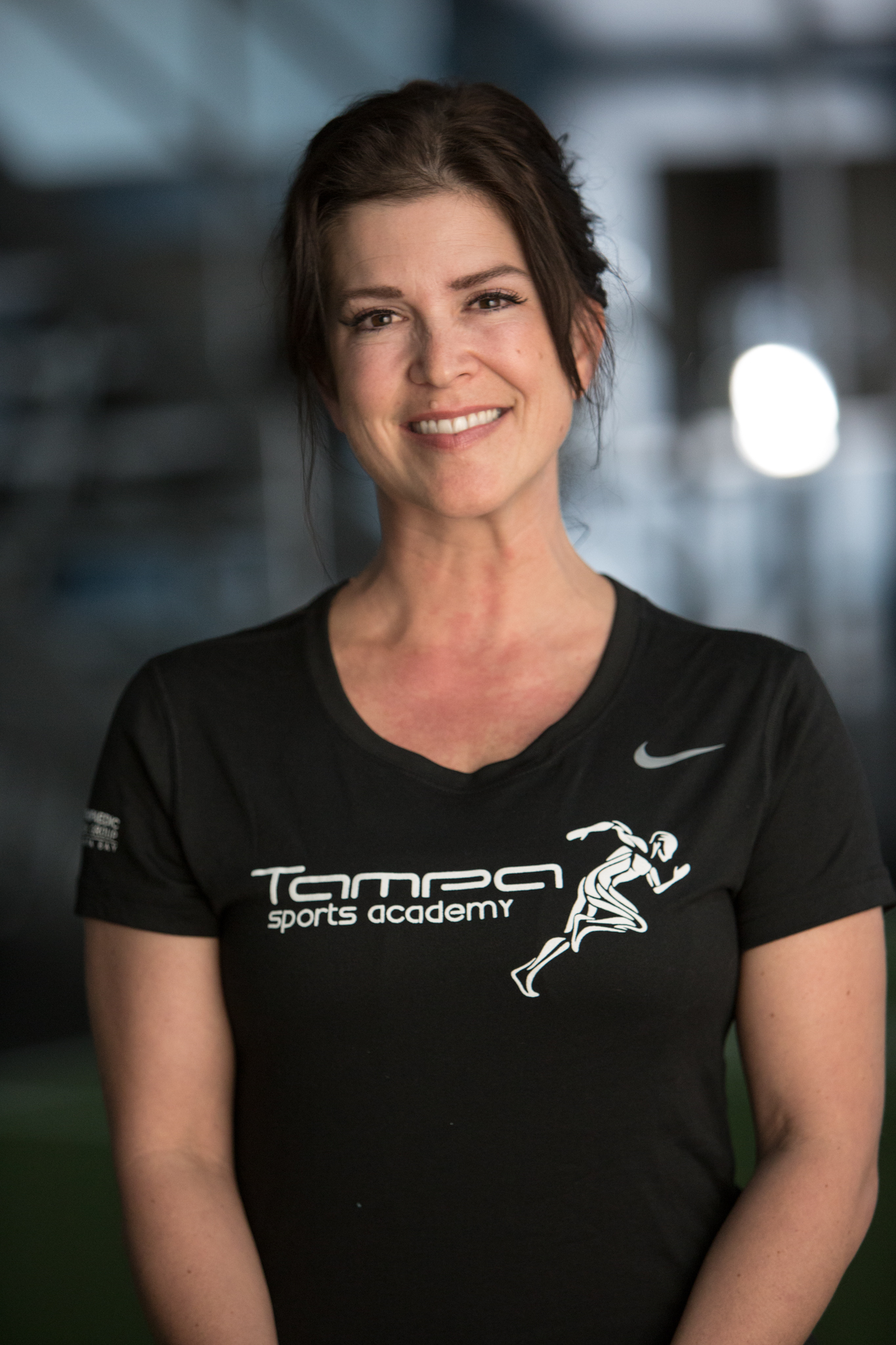 Ms. Watson serves as the General Manager for Tamps Sports Academy. She has been responsible for the build out of the new Tampa Sports Academy facility as well as the operations business.

Her work has her partnering extensively with the Tampa Sports Academy medical partners, Orthopedic Medical Group (OMG) and Advanced Rehabilitation, and the South Tampa community.

Beginning in 2001 Ms. Watson began her career as a contractor where she served as a software requirements developer, tester, test manager and trainer. She later managed IT programs/contracts as well as worked hands on in Business Process Re-Engineering (BPR) and Organizational Development (OD) programs supporting US Government (USG) Executives. Rounding out her overall skill set was developing and running a business development organization for an IT company and then creating a new business area for a Fortune 500 company. Her broad experience in all facets of business and particularly in the highly classified USG markets led her to create W2 Associates, Inc. where she supported customers with challenges ranging from business planning and operational excellence to technology development and placement to sales growth and staffing. She provided counsel, services or products to her clients depending on the need.

Throughout her career she has credited her success to taking the time to develop deep relationships with customers, colleagues, and partners and establishing trust, a philosophy she plans to carry over into Tampa Sports Academy.

In her free time Ms. Watson enjoys music where she is a Grammy nominated singer and songwriter. She also enjoys the outdoors, sports and world travel.